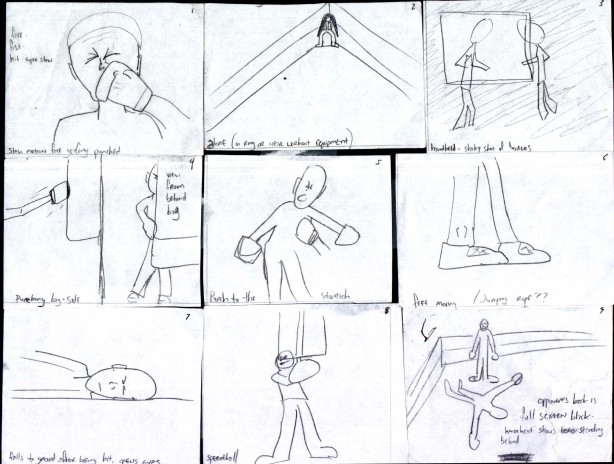 it was about a boxer – so i started looking up places to shoot. the first place i went to was john’s boxing gym in the bronx. it was beautiful. everything you could ever want in an old boxing gym. i negotiated with the owner and soon had a date set to shoot. he said,”if you want to use some of our boxers – just let me know who and we’ll see if they can help you out.” one of the first dudes i saw was just what i was looking for. his name was chris galeano. turns out that the guy was for real. he had just won the title of golden gloves at madison square garden. that’s pretty boss. after a chat, he told me he was down. i asked him if he had a friend who would be his opponent and he said he’s ask abraham kabore.

a couple of weeks later i was in a car loaded with equipment heading to john’s gym. one of my buddies matt fricovsky was gracious enough to come along and give me a hand, so we unloaded our junk and chatted up chris and abraham. they were buddies and had never fought in the ring, so it was funny to watch them spar. chris was so used to pummeling everyone he fought and he joked around about how it was weird to let himself get hit. chris and abraham were tough as nails, but they were some of the nicest dudes and were really easy to work with.

i had a good idea of how i was going to shoot it, but i changed a few things around and did some stuff on the fly. of course that ate into our time, plus i had promised them both a few still shots for themselves so i budgeted a little time for that before we had to be out. when all was said and done, we had just under and hour and a half for video. considering how it all came together so quick, i’m pretty happy with how it turned out. 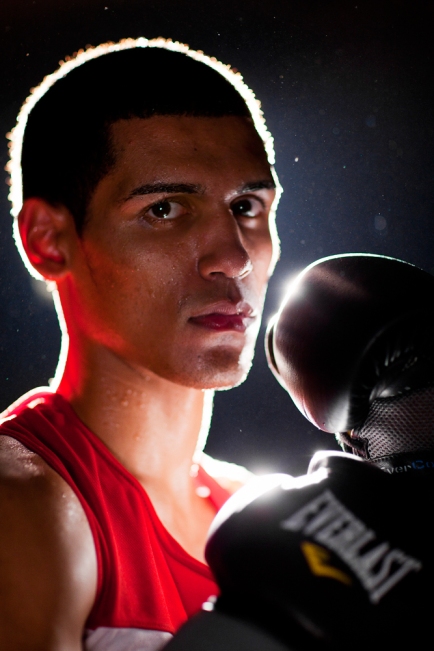 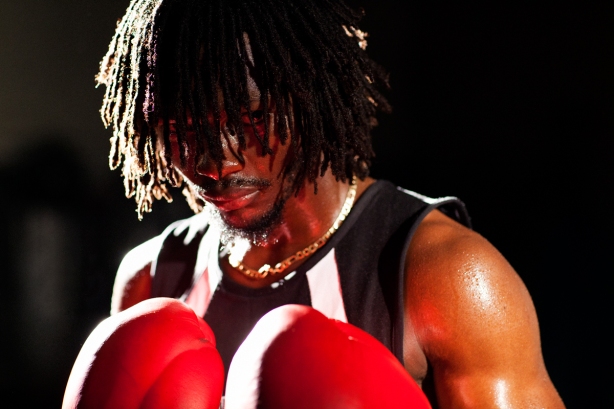 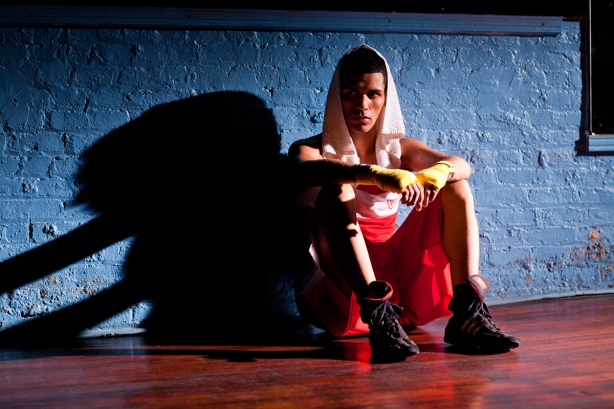 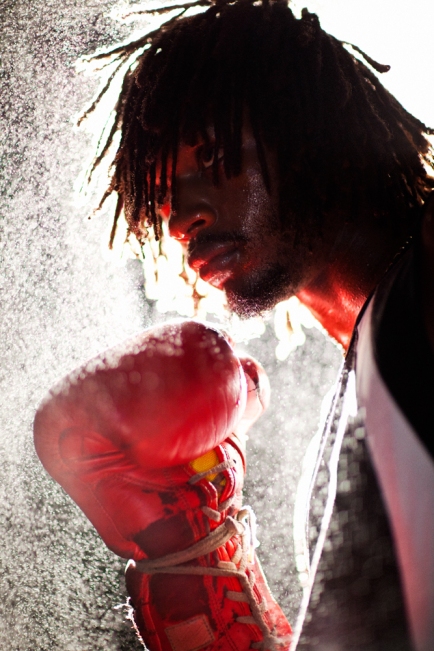 This entry was posted on December 6, 2011, 03:26 and is filed under fitness/sports, video. You can follow any responses to this entry through RSS 2.0. You can leave a response, or trackback from your own site.